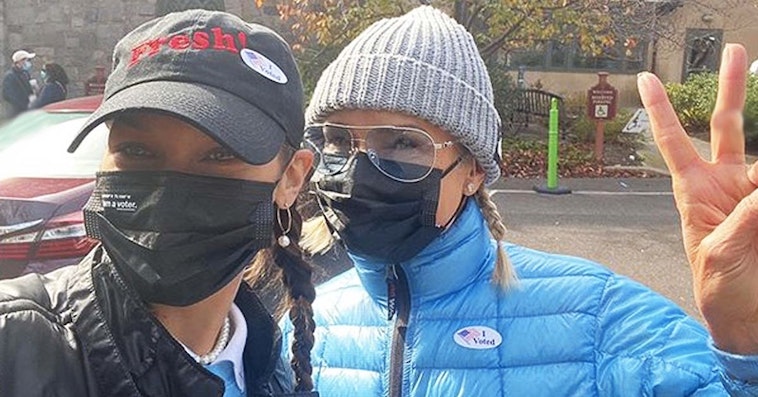 Bella Hadid did not mince words after learning that rapper Lil Pump was supporting the reelection campaign of President Donald Trump. The 20-year-old rapper made an appearance at Trump’s final campaign rally in Grand Rapids, Michigan, on Monday, where he was personally invited onstage by the president.

Despite the fact that Trump accidentally referred to him as “Little Pimp,” Pump—whose real name is Gazzy Garcia—had nothing but glowing remarks about the president’s first four years in office.

“I’ve come here to say, Mr. President, I appreciate everything you’ve done for our country,” he told the almost certainly confused rally attendees. “You brought the troops home and you’re doing the right thing. MAGA 202020. Don’t forget that! And do not vote for Sleepy Joe at all!”

Later, Lil Pump posed for photos wearing a hat with the slogan, “Trump 2020, Keep America Great” on Instagram alongside a handful of scantily clad ladies.

In her own Instagram Story on Election Day, Bella Hadid blasted the rapper as a “loser,” and that his photo op was “so irresponsible.”

Hadid’s criticism should come as little surprise. The 24-year-old heiress and model has been an outspoken supporter of former Vice President Joe Biden and his running mate Kamala Harris. That same day, Hadid posed for a few voting selfies and photos alongside her mother, Yolanda Hadid, who only recently acquired American citizenship.

Took my mama to vote for the first time today!!! She became an American citizen just recently # and this year she was so determined to get out and vote. I am so proud of her!!! Wearing our best Blues!!!!!💙💙💙💙💙

Meanwhile, Lil Pump joined rappers Lil Wayne and 50 Cent in support of President Trump. As of Wednesday afternoon, the election is still too close to call but is looking cautiously optimistic for Biden. 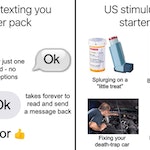 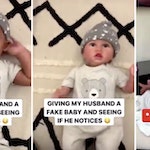